Accidental Death of a Chechen

"There is no greater equaliser than the stupidity of men– especially when those men have power."
-Dario Fo


The quote above from Nobel Prize winning playwright Dario Fo is written in the prologue to one of his most famous plays, Accidental Death of an Anarchist.  The play, written in 1970 and described by Fo as "a grotesque farce about a tragic farce", deals with factual events in a fictional scenario.  The factual events explored revolve around the death of Giuseppe Pinelli, an anarchist railway worker who while being interrogated by Milanese police regarding the Piazza Fontana Bombing of December 12, 1969, which killed 17 and wounded 88 people, died after falling from the fourth floor of the police station where he was being held.

The fictional scenario has a "Maniac" infiltrate the police station where he impersonates a judge heading an inquest reopening the investigation of the anarchist's death.  By using dazzling wit and insight, the Maniac is able to trip up the police and get them to admit they are part of a cover-up.  Through reconstruction of authentic documents in the Pinelli case, Fo uses the fictional Maniac character to prove the police lied about the evidence they had to the anarchist, then contradicted themselves to the media about what time they presented the false evidence.  The police even claimed they tried to stop him from jumping and tore off one of his shoes, yet both shoes were found on his body.

The reality?  The Piazza Fontana Bombing was part of the Strategy of Tension in which acts of terror were perpetrated by neo-fascist groups under the auspices of Masonic lodge Propaganda Due (P2) and Operation Gladio for the purpose of blaming them on left-wing groups to discredit them at a time that their popularity was on the verge of putting them in a place of power in the government.  While Accidental Death of an Anarchist deals with these events as they were understood at that specific moment in time (1970), the play is still performed today as a timeless study of authoritarian repression and political duplicity.  Often when it is staged, it is adapted with more contemporary references, such as in the link above which contains references to Nicaragua and the contras. 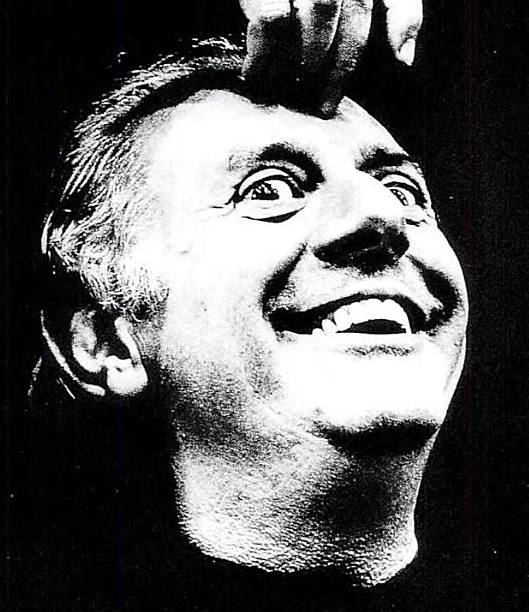 
I sincerely hope some theatre company in this country stages this play and adapts it to recent events that I would describe as a "tragic farce".  That would be the events surrounding the death of Ibragim Todashev.

John Raoux / AP
An FBI investigator walks to the apartment where a man was shot by an FBI agent, on May 22, in Orlando, Fla.
By Richard Esposito, Pete Williams and Matthew DeLuca, NBC News
Dead Boston bombing suspect Tamerlan Tsarnaev and another man — who was killed by the FBI on Wednesday — murdered three people in Massachusetts after a drug deal went wrong in 2011, law enforcement sources tell NBC News.

Sources say that what began as a drug ripoff ended in a triple homicide when Tsarnaev and friend Ibragim Todashev realized their victims would later be able to identify them.

Todashev was killed by a federal agent while giving a statement on his role on Wednesday in Orlando, Fla.

The man who was shot, Todashev, 27, allegedly attacked an agent with a knife while confessing to the slayings. He was not suspected of having played any role in the bombing that killed three people and injured scores more in April, but he did confess to being involved in a brutal Boston-area slaying two years ago, investigators said.

But this version is not so cut and dry, according to those who knew him:


Feds: Man shot after attacking agent was being questioned about Boston bombing suspects and 2011 triple murder


While all eyes were focused on Boston in the aftermath of the deadly marathon attack, federal agents in Orlando had quietly turned their attention to a Chechen-born mixed martial arts fighter with ties to the suspected bombers.

It wasn't until 27-year-old Ibragim Todashev was shot to death while being questioned — after lunging at an FBI agent with a knife in an Orlando condo early Wednesday — that it became clear the federal government's probe had extended to Central Florida.

The FBI has been questioning and following Todashev relentlessly ever since the April 15 attack, his longtime friend Saeed Dunkaev told the Orlando Sentinel Wednesday.

Dunkaev, 25, said he and other Chechens who live in the gated Kissimmee community Orlando Sun Village were taken to the Kissimmee Police Department on Monday and interviewed by the FBI for three hours.

Several of Todashev's friends told the Sentinel that the FBI told him Tuesday would be his last interview and that he was going to be cleared.

In recent weeks, Todashev became increasingly scared by what the friends described as near-constant surveillance by suspected agents following them. The same vehicles with dark-tinted windows parked across Old Vineland Road from their apartment complex and showed up whenever the friends went to a nearby hookah bar to relax in the evenings.

It appeared the FBI wanted them to know they were being watched, they said.
"Everywhere we'd go there were like three cars following us," said 22-year-old Khusen Taramov. "He was afraid they were going to make something up against him."

Taramov spent almost all of the last week with Todashev because, he said, his friend was scared and tired after weeks of being followed and occasionally questioned by FBI agents.

"I was with him every minute. I knew what was going on in his head," he said of Todashev's fear of being linked to the Boston Marathon bombing. "To me, it's a setup. This is what he was afraid of. They had nothing against him. He was innocent."


According to his wife, the triple slaying accusation was never even brought up prior to the final interview.  But where this story really gets weird is when the FBI starts changing it.  You'll notice in two of the above links the FBI stated the killing was provoked by Todashev attacking them with a knife.  But when no knife could be found at the scene of the crime, the weapon miraculously changed into a sword.  Then, the story changed to something even more puzzling:

By Sari Horwitz and Peter Finn, Published: May 29

A Chechen man who was fatally shot by an FBI agent last week during an interview about one of the Boston bombing suspects was unarmed, law enforcement officials said Wednesday.

An air of mystery has surrounded the FBI shooting of Ibragim Todashev, 27, since it occurred in Todashev’s apartment early on the morning of May 22. The FBI said in a news release that day that Todashev, a former Boston resident who knew bombing suspect Tamerlan Tsarnaev, was killed during an interview with several law enforcement officers.

One law enforcement official, speaking on the condition of anonymity to discuss an ongoing investigation, said Wednesday that Todashev lunged at the agent and overturned a table. But the official said Todashev did not have a gun or a knife. A second official also said Todashev was unarmed.

An official said that according to one account of the shooting, the other law enforcement officials had just stepped out of the room, leaving the FBI agent alone with Todashev, when the confrontation occurred.


On top of this revelation, Todashev's father held a press conference where he exhibited photos taken from his son's friend, Khusen Taramov, of Todashev's body at the mortuary, which revealed six shots to the torso and one to the back of the head.  Even Rachel Maddow noted the strangeness of it all. “How does that comport with the FBI’s story that he was killed during questioning by armed agents who were only acting in self defense?” she asked. “Shot seven times, including in the back of the head?”  But then the FBI changed the story again, this time to say that Todashev attacked them with a metal pole.  Or maybe a broomstick.  How many different versions of the story does that make?!  And how many FBI agents actually witnessed the incident?  Is it possible the FBI agent who shot him was waiting for the other law enforcement officials to leave the room so he could have an undisturbed window of opportunity to do the hit job and wrap up the triple homicide case neatly tied to the equally dead Boston Bomber, Tamerlan Tsarnaev?  Or is this just the sort of speculation that couldn't possibly be true, Todashev must have confessed without an ounce of persecution from law enforcement officials, just to clear his conscience?

I would normally say, "You can't make this shit up!"  Well, aside from the fact that Dario Fo already did over forty years ago.

What an embarrassment to investigative science.